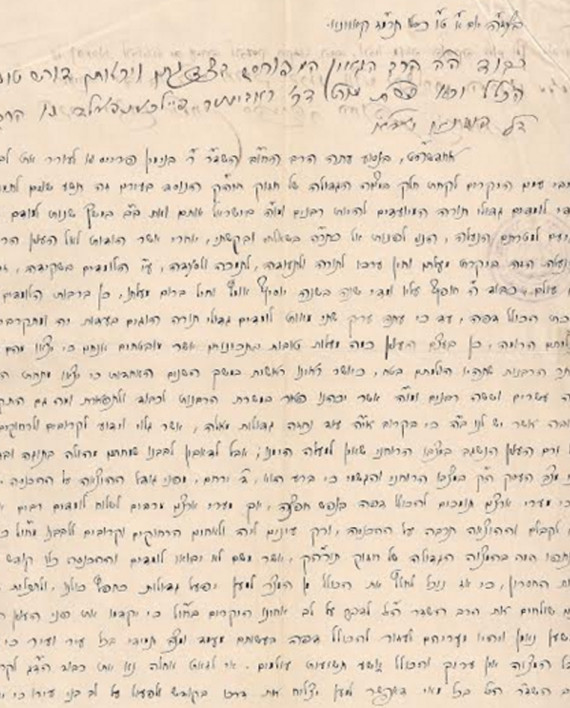 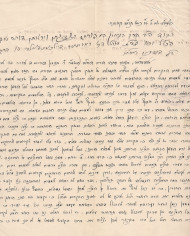 Signed letter, dated 1884 written to Rabbi Dr. Feilchenfeld of Posen, appealing for his assistance in raising funds for the world renowned Kovno Kollel. Clearly enumerating the goals of this esteemed institution, this letter contains much important information about the Kollel at that time, including the number of students.  The Kovno Kollel, also known as Kollel Perushim of Kovno, or Kollel Knesses Beis Yitzchak, was founded in 1877 by R. Yisrael Lipkin (Salanter). Its purpose was to support and guide exceptional young Torah scholars in their development in areas of hora’ah (expertise in deciding matters of Jewish law) and mussar. This endeavor received the blessings of the Kovno Rav, R. Yitzchak Elchonon Spektor, which eventually carried his name. It later relocated to Slabodka, a suburb of Kovno, where it remained until the outbreak of World War II. Indeed, many of the greatest leaders of the following generations studied there. Fine condition with some folds and minor repairs to the sides. First two lines and last two lines written by R. Yitzchak Elchonon.

With rare rabbinical stamp. 28 by 22 cm. Important letter, regarding one of Lithuania’s foremost Torah institutions in its early years.