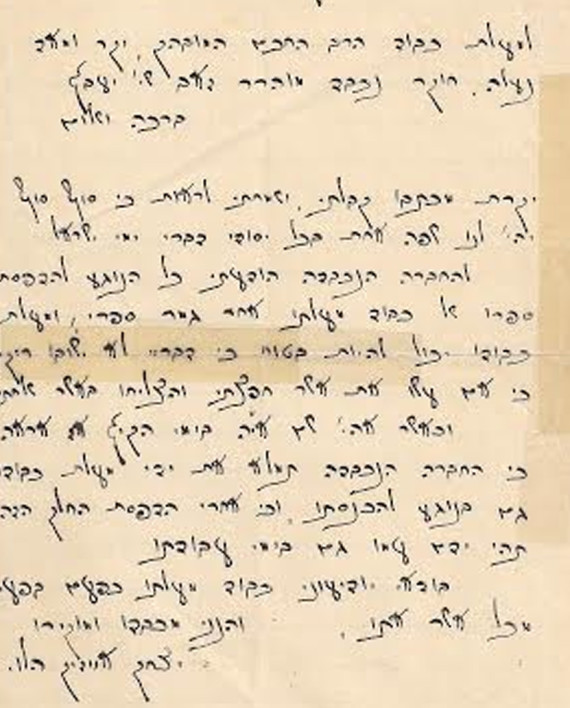 Autograph letter written to Zev Ya’avetz. The letter confirms what seems to be an agreement between these two eminent historians, which guarantees collaboration in the publication of Ya’avetz’ historical works, written according to R. Halevy’s methodology, following the publication of R. Halevy’s works. In this letter, dated 1906, R. Halevy writes “I received your letter and I am glad to see that we are finally in agreement on the foundations of Jewish history”.  R. Yitzhak Isaac Halevy (Rabinowitz) (1847- 1914), one of the founders of the Agudath Israel organization, was a brilliant Talmudist, renowned for his classic historical work Doros Horishonim, which was written as a rebuttal to many of the prevalent non-orthodox accounts of Jewish history. He held a number of communal positions in his early adulthood, including president of the Volozhin Yeshiva, through which he was influential in having R. Chaim Soloveitchik appointed as Rosh Yeshiva. A talented leader, with many important connections in his native Lithuania, as well in Germany where he resided, he was instrumental in uniting the leading rabbis of Western and Eastern Europe in forming the Agudath Israel world movement. Fair condition. 14 by 22 cm, reinforced with tape along the side and across the middle.