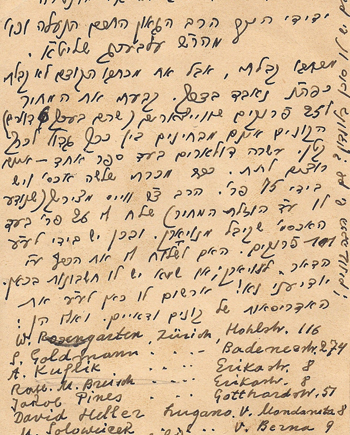 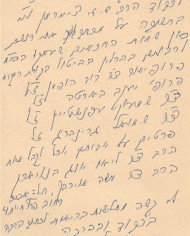 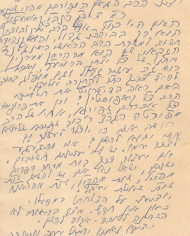 Lot of 3 autograph postcards by R. Yechiel Yaakov Weinberg. Dated 1951, to R. Simcha Elberg, publisher of the rabbinical journal Hapardes, regarding R. Weinberg’s personal subscription to Hapardes, as well as the subscriptions of various other scholars living in Switzerland. R. Weinberg also expresses his commitment to submit an article, and concludes with his opinion that it would be preferable were Rabbonim to publish Halachic Responsa, as opposed to endless pilpulim. Dated 1965, to R. Yitzchak Scheiner of the Kaminetz Yeshiva, recommending potential donors for the Yeshiva. With mention of R. Immanuel Jackobowitz, Rabbi of the Fifth Ave Synagogue (later Chief Rabbi of the United Kingdom), and Mr. Herman Merkin, who served as President of the above Synagogue, and whom he refers to as a wealthy man and a muflag b’torah . Dated 1965, to a researcher in New York, with a list of the faculty in the Rabbinical Seminary of Berlin who contested the Bible critics. The list includes Rabbi Dr. David Tzvi Hoffman, Dr. Jacob Barth, Dr. Simon Eppenstien and Dr. Samuel Greenberg.  R. Yechiel Yaakov Weinberg (1884-1966) was a noted European Rav, Posek and Rosh Yeshiva. He is best known for his work of responsa Seridei-Eish. Born in Poland, he studied at the yeshivas of Mir and Slabodka. He taught at and eventually became Rosh Yeshiva of the Hildesheimer Rabbinical Seminary in Berlin. After the war, he lived in Montreux, Switzerland until his passing in 1966.

All in fine condition.