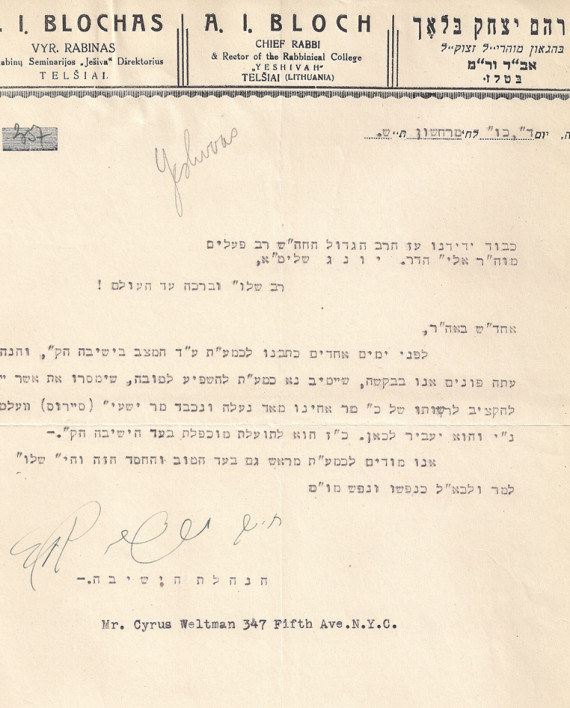 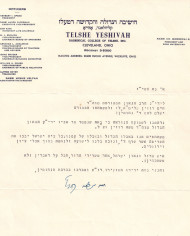 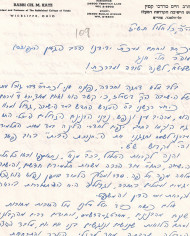 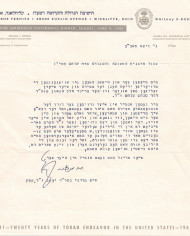 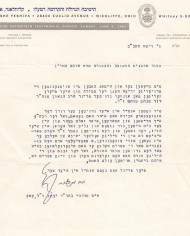 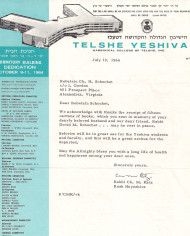 Lot of five signed and one autograph letter. 

Signed typewritten letter, dated Cheshvan 5700 [Oct 1939], on the letterhead of R. Avraham Yitzchak Bloch [Rav and Rosh Yeshiva of Telz], to Rabbi Dr. Leo Jung of New York, requesting that any financial assistance for the Telz Yeshiva be sent to Mr. Cyrus Weltman of New York who will forward the money to Lithuania. Of particular interest as this letter arrived from Europe in the midst of the Holocaust. 

Signed typewritten letter, dated 1959, on institutional letterhead, written to Rabbi and Mrs. Shochet. The letter thanks them for their generous gesture in giving instructions to bequeath their library, as well as some assets, to the Yeshiva after their passing, and concludes with blessings for a long and prosperous life. 

R. Chaim Mordechai Katz (1894-1964) studied in the great Yeshivas of Slabodka, Volozhin and Telz. Following his marriage to the daughter of the Telzer Rav, R. Yosef Leib Bloch, he lived in Telz where he was involved in the running of the Yeshiva. During the Holocaust he escaped to America via Japan, and despite the tragic loss of his entire family, his Yeshiva and his community he reestablished the Telzer Yeshiva in Cleveland, together with his brother in law R. Eliyahu Meir Bloch.